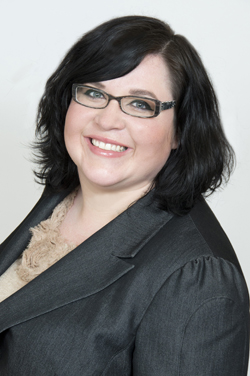 Kim concentrates her practice in the areas of Corporate Bankruptcy and Restructuring and Bankruptcy Litigation. She has worked with the Landis Rath & Cobb team representing chapter 11 debtors, official and unofficial committees, financial institutions, secured lenders and other secured creditors, indenture trustees and bondholders, asset purchasers, liquidation trusts and other significant creditors, chapter 15 foreign representatives, and other parties in interest in a variety of national bankruptcy cases. Kim represents clients in a wide range of industries, including retail, food and beverage, oil and gas, manufacturing, and cryptocurrency.

Kim was honored as an emerging leader by the American Bankruptcy Institute (ABI) as part of its 40 Under 40 initiative in 2019.  ABI is the largest multi-disciplinary, nonpartisan organization dedicated to research and education on matters related to insolvency and restructuring with over 12,000 members.  In connection with the 40 Under 40 initiative, ABI annually identifies 40 top industry professionals under the age of 40 who have demonstrated a commitment to the highest standards of achievement at work and in their communities.

Kim was named one of five finalists for the International Women’s Insolvency and Restructuring Confederation (IWIRC) 2017, “Rising Star” award.  IWIRC is the premier international, networking and professional growth organization for women in the restructuring and insolvency industries. The IWIRC Rising Star finalist awards are bestowed upon five IWIRC members with eight (8) or less years of experience in the restructuring industry who have made considerable contributions to the profession at the local, national and international levels.

Kim currently serves IWIRC internationally and regionally as the Vice Director of Fall Programs and the Vice Chair of IWIRC at the Shore.  Kim previously served as the ex-officio chair, chair, vice chair, and social chair of the IWIRC Delaware Network.  She also is a member of the Delaware State Bar Association, the American Bankruptcy Institute, and the Delaware Bankruptcy American Inn of Court.

Before joining Landis Rath & Cobb, Kim clerked in the Superior Court for the State of Delaware for The Honorable Mary M. Johnston and clerked at the Office of Disciplinary Counsel of the Supreme Court of Delaware.  She earned her J.D. in 2008 from Widener University Delaware Law School and her Bachelor of Arts in government & politics with a minor in accounting from Widener University in 2005.

Moderator on When Mass Torts and Bankruptcy Plans Collide; IWIRC at the Shore Conference, 2020

Significant Creditors and Other Parties In Interest:

Firm News
Click the links below to see more from Kim

DBCI: Kim Brown and Josh Scorziello on Cyber Security in Delaware – What’s a Lawyer Gotta Do?

DBCI: Kim Brown on Bankruptcy Court Upholds the Sanctity of the Final Order

NCBJ Program Connects and Educates the Next Generation of Bankruptcy Attorneys