Landis Rath & Cobb legal assistant Josh Huynh had the rarest of honors when he marched with the University of Delaware drumline at the Presidential Inauguration in Washington, D.C. on January 20th.

Due to the high security measures implemented, only two civilian groups were invited to participate in the Presidential escort, as the majority of events were virtual.

Josh is a member of the Drumline Battery of the University of Delaware Fightin’ Blue Hen Marching Band, selected to represent the state in the Presidential escort for UD alumnus Joseph R. Biden, Jr. after his swearing in as the 46th President of the United States. The Howard University drumline also performed, honoring its alumna Vice President Kamala D. Harris.

Congratulations to Josh and the UD Drumline Battery on taking part in a historical event that the entire world was watching—and to Delaware’s own President Biden as he embarks on this important journey. 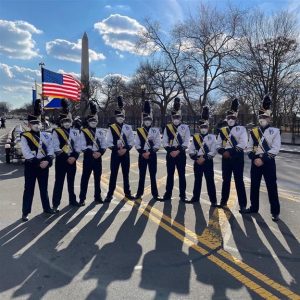 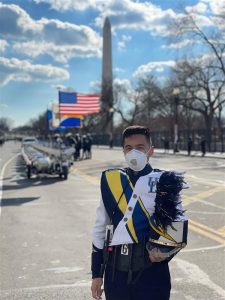