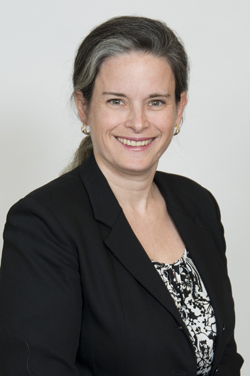 Rebecca has been selected for inclusion in the Chancery section of Chambers USA since 2012. Chambers states that she is singled out by sources as having the ability “to pursue out-of-the-box remedies.” Rebecca is a member of the Delaware State Bar Association and a former chair of the Litigation Section. She is also a member of the American Bar Association and Phi Delta Phi. Rebecca graduated from Vanderbilt University School of Law where she was a member of the Editorial Board of the Journal of Transnational Law. Upon graduation, Rebecca held an associate position with Duane Morris & Heckscher LLP (now Duane Morris LLP) and then an associate position with Klett Rooney Lieber & Schorling PC (now Buchanan Ingersoll & Rooney PC) before joining Landis Rath & Cobb at its inception. Rebecca became a partner of LRC in December 2009.

Vanderbilt University School of Law, 1999
Vanderbilt Journal of Transnational Law, Editorial Board
University of Virginia,B.A. with distinction, History and Spanish, 1996