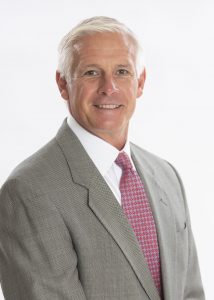 For more than two decades, Dan has advised clients and litigated on corporate control issues, receivership appointments, dissolutions and sales, fiduciary duty challenges, shareholder rights, ownership of intellectual property, non-competes, advancement demands, and books and records contests. He practices in Delaware’s state and federal courts with primary focus in the Court of Chancery, Complex Commercial Litigation Division of the Delaware Superior Court and in proceedings before the United States Bankruptcy Court for the District of Delaware.

Dan has been selected for inclusion in the annual list of Delaware “Super Lawyers”, Best Lawyers® for Commercial Law and Corporate Litigation and the Chancery section of Chambers USA.  Chambers states that he is singled out by clients as being “very quick to understand complex litigation and is focused on serving the client’s needs”, “highly responsive”, “well respected by the local Bar and a very capable, experienced courtroom lawyer.”

Additional decisions representative of the types of matters Dan handles can be viewed through the links below.

Delaware
United States Court of Appeals for the Third Circuit

In re Tribune Co.,

Firm News
Click the links below to see more from Dan